Since 2013… Ben Heaney has been working increasingly closer with The Bank, in Eye.

The Bank is the trading name of Eyes Open CIC, a not-for-profit Community Interest Company dedicated to bringing arts to the rural town of Eye and it’s surrounding areas by providing an inspiring and creative environment that is inclusive to people of all ages, abilities and backgrounds. 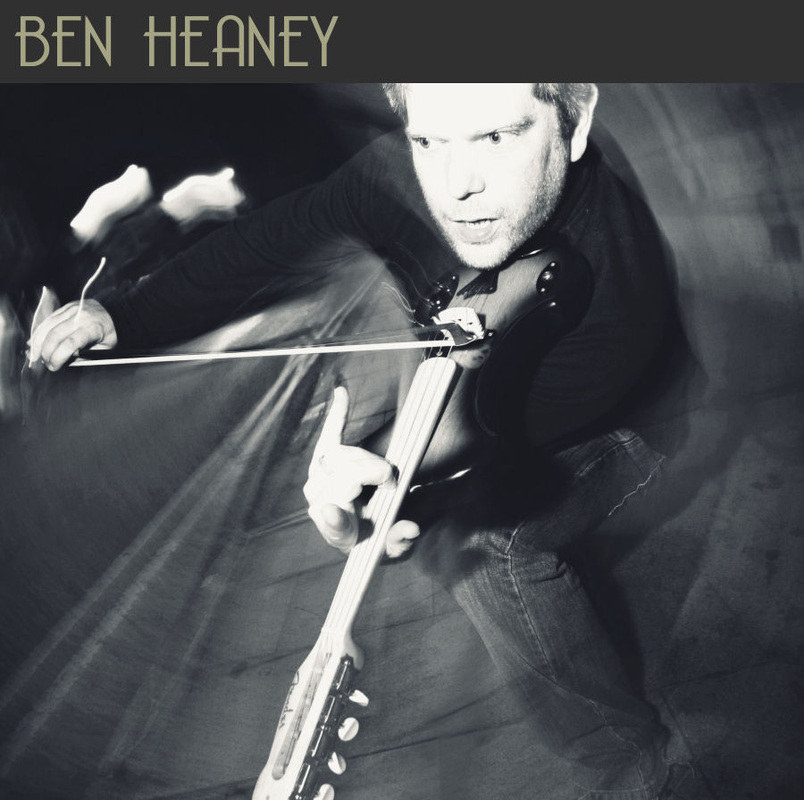 Following the success of this, Ben was invited back in Decemeber 2013, this time as part of a fresh musical partnership with Greig Stewart and Sebastian Reynolds. 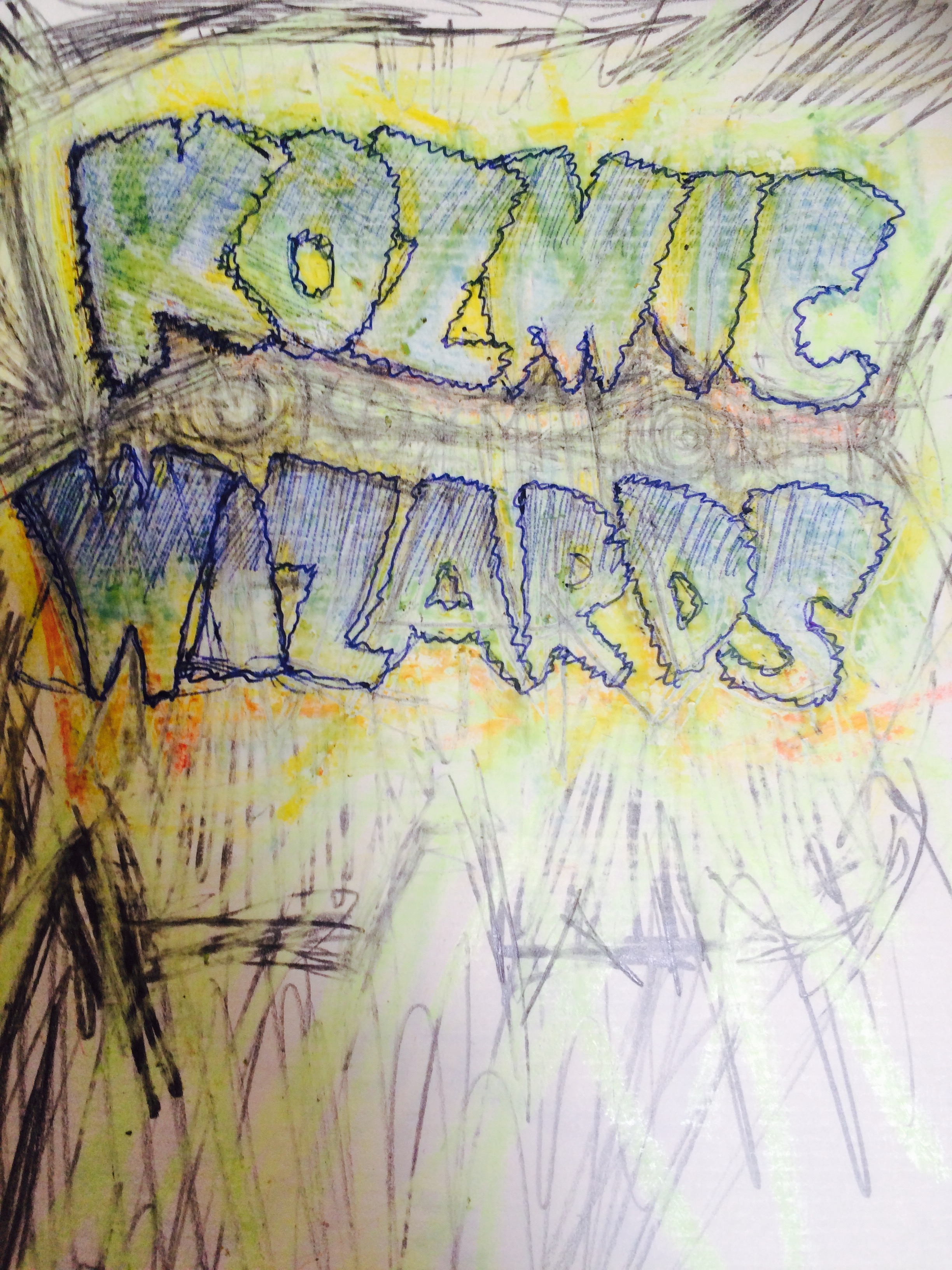 The improvised performance as The Kozmic Wizards laid the foundations for an exciting performance concept realised later in 2014 – evenings of Responsive Art. 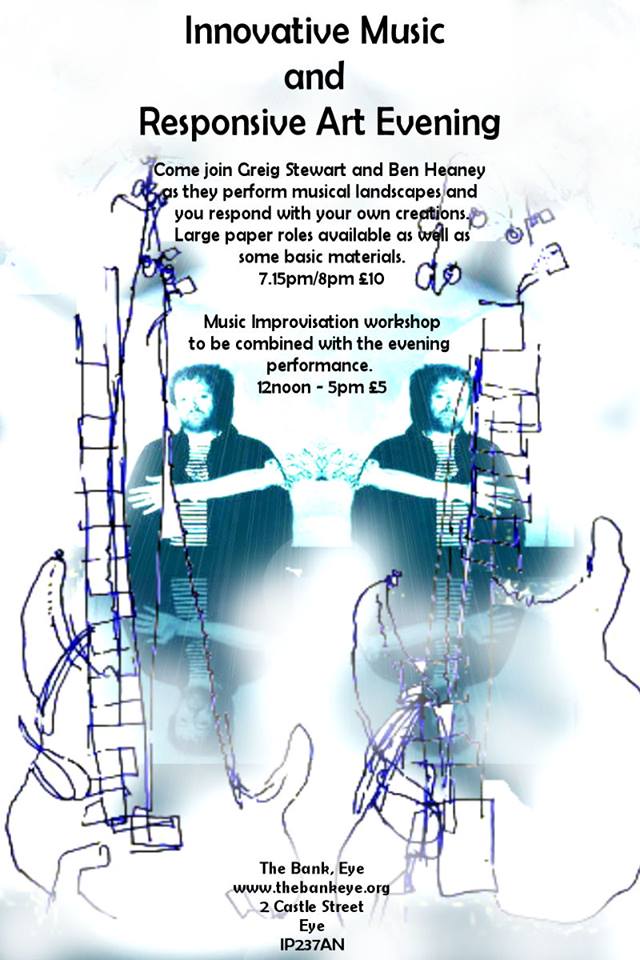 For this event, Ben & Greig were joined by Unknown Methods‘s founder Matt Pound. They gave an afternoon workshop of improvisation followed by a largely improvised performance as The Luna Trio – with Ben providing voice & electric violin; Greig on kit & percussion; and Matt performing live modular synthesis, sequencing and digital processing. The audience were kitted out with canvases, paper, paint, brushes and other art equipment and invited to respond to the performance through creating spontaneous artwork.

The evening proved so successful that on Saturday 16 May, 2015 a second Responsive Art event, led by The Luna Trio was staged as part of The Bank’s “Art of Sound” month. 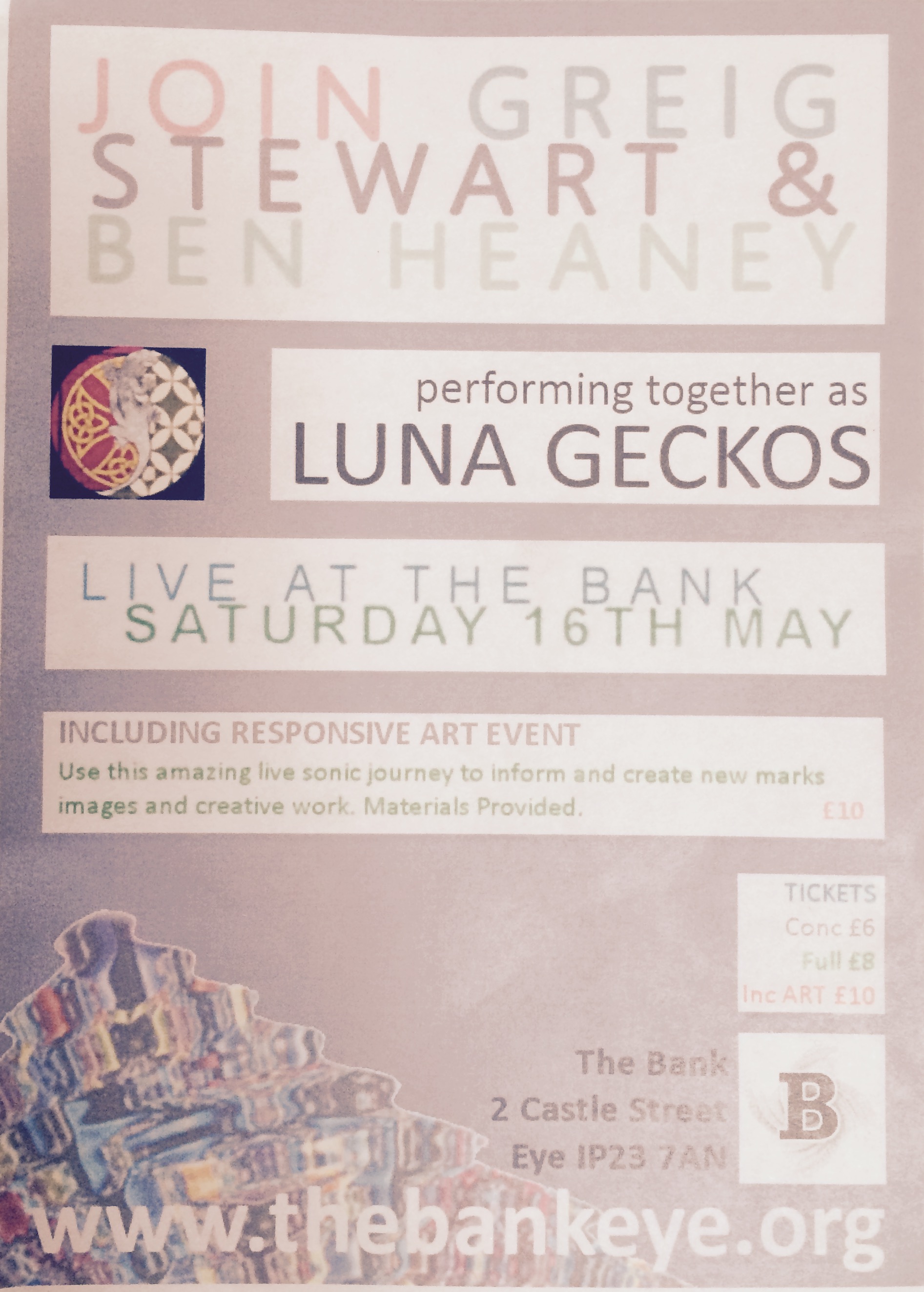 Some of the results of the night can be seen here and some will be displayed at the venue. 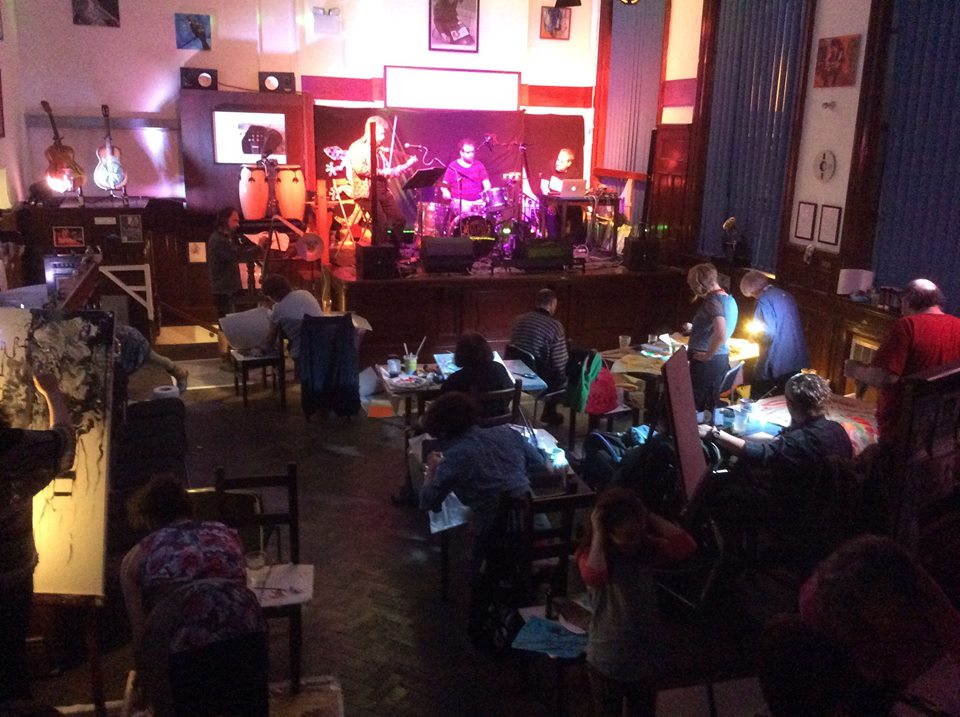