Another Fender First, but came just about Last!

Leo Fender’s first production model Electric Violin clearly never caught on. This particular “Fender First“ vanished with little trace in 1958 Original Fender Sales Catalogue 1958-1959 (pg.12), shows the production model with "ebony" fingerboard Bob Wills didn’t take to it, nor did just about any of the other violinists said to have tried it at [...] 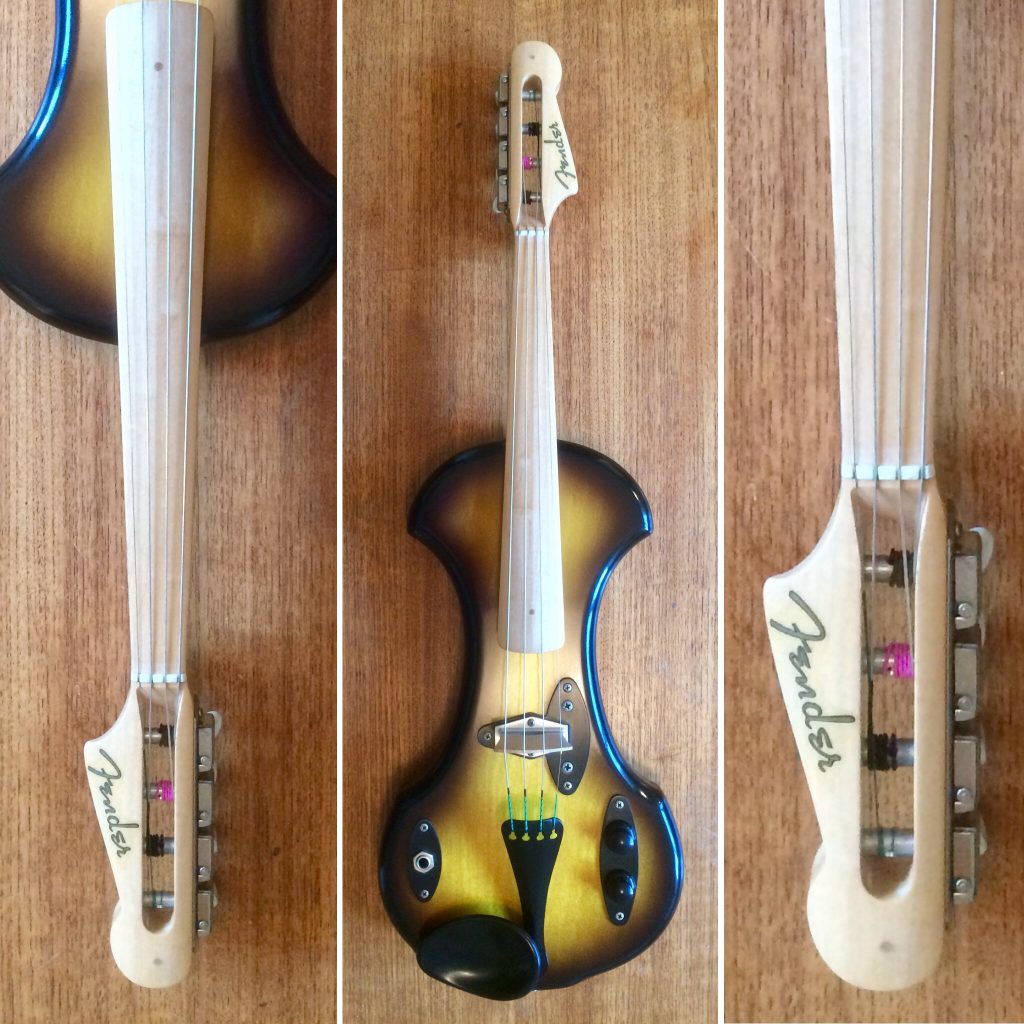 This particular “Fender First“ vanished with little trace in 1958

Bob Wills didn’t take to it, nor did just about any of the other violinists said to have tried it at the time. The list of players isn’t very long but covers some of the greatest and most popular fiddler/violinists of the era, including Tommy Jackson, Howdy Forrester, Roy Acuff, Harold Hensley, George Liberace, Cactus Soldi and Spade Cooley. It is thought that only two fiddlers, Wade Ray and Dickie Philips were given and played instruments for any length of time although at the time of writing there are no known photographs or recordings to support this. Their instruments have recently surfaced and both show signs of having been played.

Certainly, by 1959 the instrument had been withdrawn from sale and Leo never returned to it. Just five examples of Leo Fender’s Electric Violin are currently known to survive today. It may be that these were the only five to ever have been made before the project was shelved.

CBS-reissued the violin in 1969, but not to Leo’s original design. Fundamental changes to headstock, tuners, neck, fingerboard, bridge, pickup plate strap-button and body contours significantly altered the appearance and tone.

Fender relaunched the electric violin again in 1999, the further change of pickup device made it incomparable to the instrument Leo made.

It’s now 60 years since Leo Fender applied for the first ever patent simply to be called “Electric Violin”.

In that time this definition of a violin has found a place in just about every genre and style of music.

Although few people know it Leo did successfully produce “Another Fender First”.

However, this particular piece of Fender history was not given a proper chance to be heard at the time and has subsequently never been fully explored as Leo envisaged … until now.

If you are curious and open-minded to the extraordinary then you might just enjoy these contemporary recordings made using Leo Fender’s first 1958 production model Electric Violin. No sampling, loops or any other instrument; just basic modern day analogue to digital processing and the belief Leo actually got it right first time:

Available to stream and download now on Spotify, iTunes and other platforms