Through Deltaviolin you can book one-to-one education programmes, talks, workshops and activities for small to large groups.

Below are some examples of work previously undertaken. These have been listed to help guide you through the range of programmes available.

It is encouraged that you contact Deltaviolin directly to talk through your specific requirements as your aims, objectives and expectations will depend on the needs and abilities of each group. With this in mind fees will be adjusted accordingly, and can be adjusted to suit budget.

Please read Testimonials for feedback and reviews for these and other Deltaviolin products and services.

Through an acceptance of the fundamental importance that Music has in our lives; through an embracing of the notion that it’s never too late to start, and it’s always a good thing to do, music can change our lives and enhance, improve, even accelerate our learning in ways that arguably neither Literacy or Numeracy can do.

Interestingly, in recent official documents produced by the government setting out the new Curriculum for Music, in a document entitled “The Importance Of Music”, the first page quotes Aristotle:

Music has a power of forming the character and should therefore be introduced into the education of the young.

and directly underneath this, a quote from Plato:

Music is a moral law. It gives soul to the universe, wings to the mind, and life to everything… Without music, life would be an error.

Those two quotes are the first page of the Government’s own document. The “Purpose of Studying Music” at school then, as set out by the Department For Education (DFE) in 2013:

Music is a universal language that embodies one of the highest forms of creativity. A high quality music education should engage and inspire pupils to develop a love of music and their talent as musicians, and so increase their self-confidence, creativity and sense of achievement. As pupils progress, they should develop a critical engagement with music, allowing them to compose, and to listen with discrimination to the best in the musical canon…

Directly referencing composing, The National Curriculum for Music aims to ensure that all pupils:

Since the National Curriculum for Music was made a formal part of school education in the mid 1990s, it has set out aims and objectives that include musical composition. Ideally then and with formal expectation, pupils start Key Stage 2 ready to learn about composing. Children who have been schooled since the first inclusion of Music as a compulsory element of the first three Key Stages of their education are now in their mid-twenties, setting musical trends, swaying opinion and carving niche of their own.

Consider the respected wisdom of those successful composers and teachers before current Government voices, thus placing current and recent thinking in better perspective. Including modern ideas from the mid 1950s, back through millennia of musical education:

Sir Thomas Armstrong – Principal of the Royal Academy of Music (1955-68); in his Address to Christ Church stated, that a composer “produces a set of symbols that have no substance or meaning outside his mind until they are recreated – usually not by him or herself – in performance”. That “when a score is finished the sounds are there, locked inside the composer’s mind, but until the symbols that represent those sounds are realised in performance he can share them with no one else”…”The point is that however precise the composer may try to be in the way that he expresses and notates his work on paper… he can never avoid ambiguity”

Sir Charles Villier Stanford – The composition of music is no more an exact science than the painting of a picture. No rules can be applied to it… there are no fixed bounds to its capabilities… To tell a student how to write music is an impossible absurdity” – from, Musical Composition (Macmillan & Co., 1922)

Johann Joseph Fux – “Are you not aware that this study is like an immense ocean, not to be exhausted even in the lifetime of a Nestor? You are indeed taking on yourself a heavy task, a burden greater than Aetna” – from The Study of Counterpoint (1725)

Josquin – Teaching how to compose music is impossible.

Musica Enchriadis takes us back to earliest written “manuals” or “handbooks” from a millennia ago.

From this, it is clear that teaching composition presents its own innate challenges. Added to this, out of the 58 English schools inspected specially for music provision in one term, no Primary School was found to be Outstanding. Many of those schools that are deemed by OFSTED to be satisfactory or above are noted to fall short when it comes to composing. There is a worrying statistic that currently something in the region of 1 in 5 Primary schools are reported to be inadequate for their music provision.

And it’s not just OFSTED.

In September 2014 The Associated Board of Royal Schools of Music published findings following the largest cross-sector survey of music teaching and learning undertaken to date:

“While there’s plenty to celebrate there is still much that can be improved upon if the music education sector and policy makers work together.”

“There are areas of concern: many children and young people have not had access to instrumental lessons, while others have no engagement with formal music tuition after primary school.”

Then there is the question of the musical experience of those teaching the subject. There are many instances of non-music specialists given the responsibility of delivering an excellent musical education. There are also many teachers who upon reflection remember their music lessons with some level of negativity – either that it was boring and narrow-minded, or their instrumental teacher was in some way fierce of over-bearing, or that simply there was no connection between the music they enjoyed and the music they were forced to study.

A Step Towards Addressing Aims, Objectives and the Challenges:

With all of this in mind, Deltaviolin to looks to directly address the requirements as set by DFE, OFSTED & ABRSM, and the challenges schools face delivering music education. One of the tools used is the Black Spot Book. The book can be used to implement simple but effective teaching towards learning to compose, improvise, improve memory and concentration and read music, at a very basic level it is a potential gateway to reading and counting. Using the book lends itself well to teaching music in an innovative, fun and informative way that is often perceived by the pupil as positive and fun. The aim of using the book is to leave the pupil with a real sense that they have not been ‘taught’ in the traditional sense but they have been led through an activity that allows them to compose and explore music in a structured way, with a view to meet the overarching objectives of the National Curriculum. 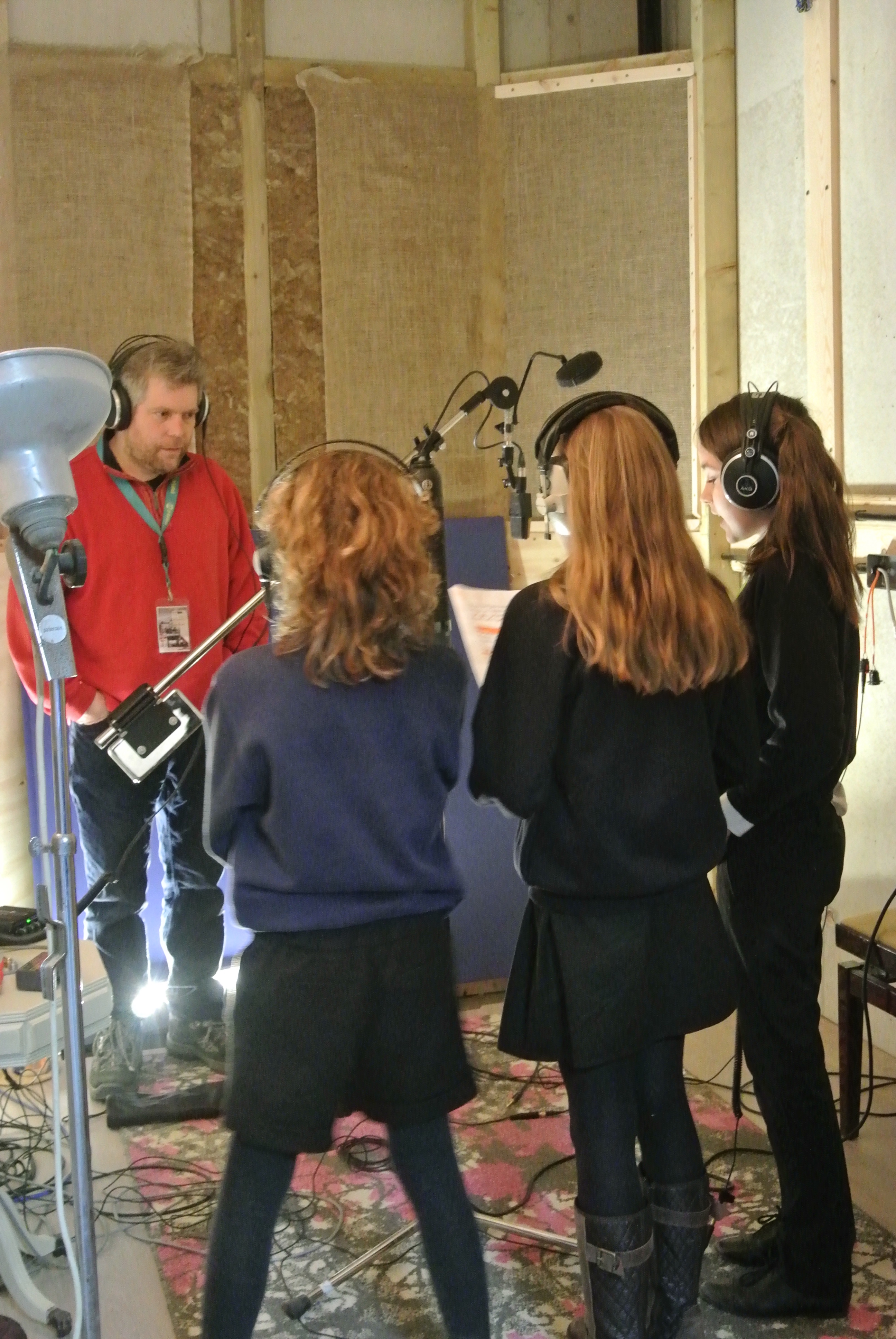 The aim was to replicate a day in the life of a recording studio from arrival, when the children were given their own AAA (access all area) name tags, through to finished CD. They were treated by Will Biggs and Amy Blyth, proprietors of the studios, as clients. 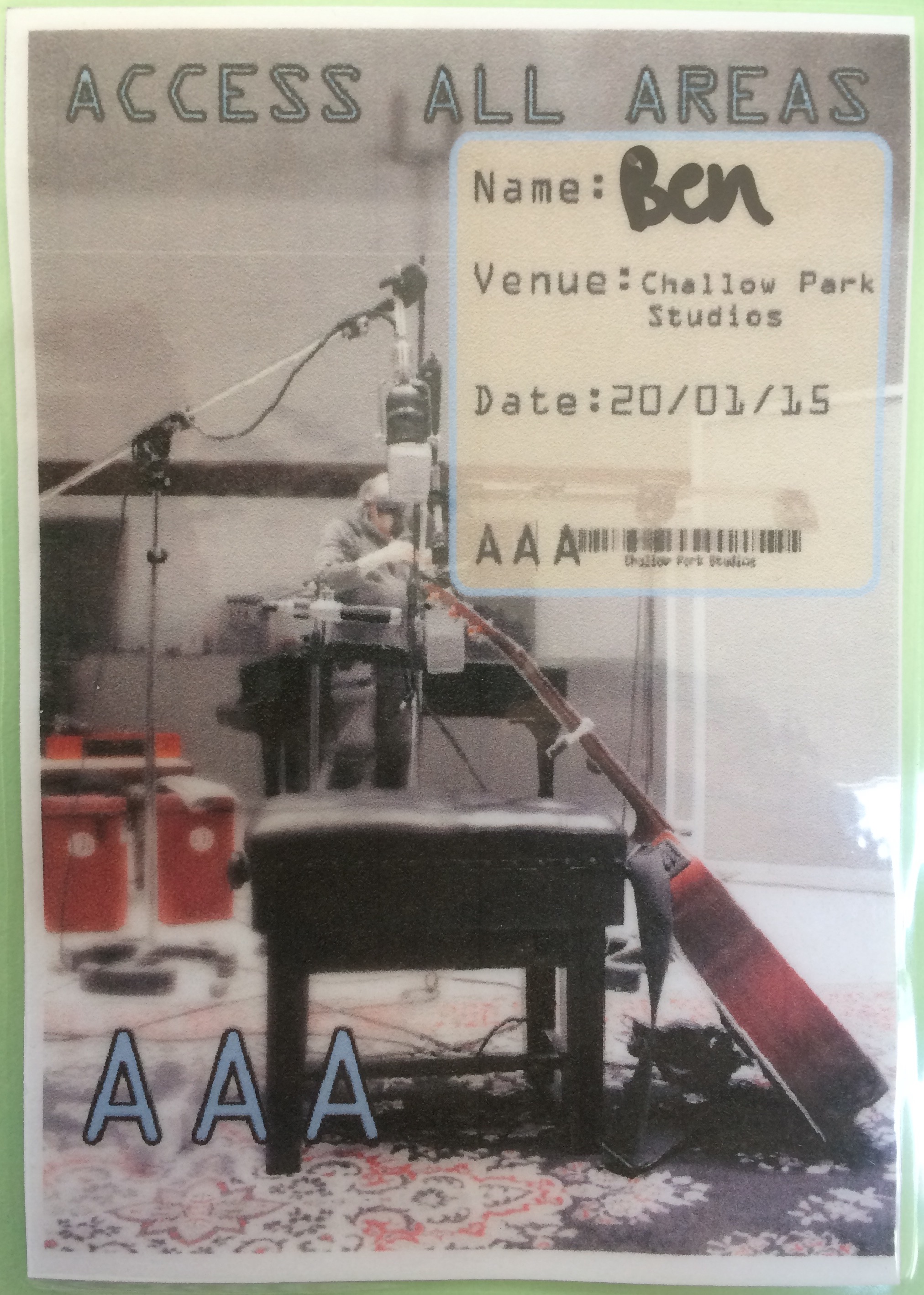 Ben Heaney, former Performing Arts Coordinator and Music Leader at Cokethorpe School, Witney, and Oxfordshire singer/songwriter Eloise Rees co-hosted the musically creative and inspirational day. Ben brought his specialist knowledge of electric violin (he has just launched a new company, Delta Violin Ltd ) and passionate enthusiasm for music to the programme; whereas Eloise engaged the students in writing lyrics and even gave an impromptu performance to her new adoring fans.

To start the song-making process Ben encouraged the children to think about what made them happy/sad with a mood board to get the creative juices working and   form the basis of the lyrics.       They then separated into groups to write the verses, a catchy chorus and rap.   Recording the song, with the help of his production team of 3 pupils, was Will who   introduced them to various recording techniques to produce the all-important drum beat. 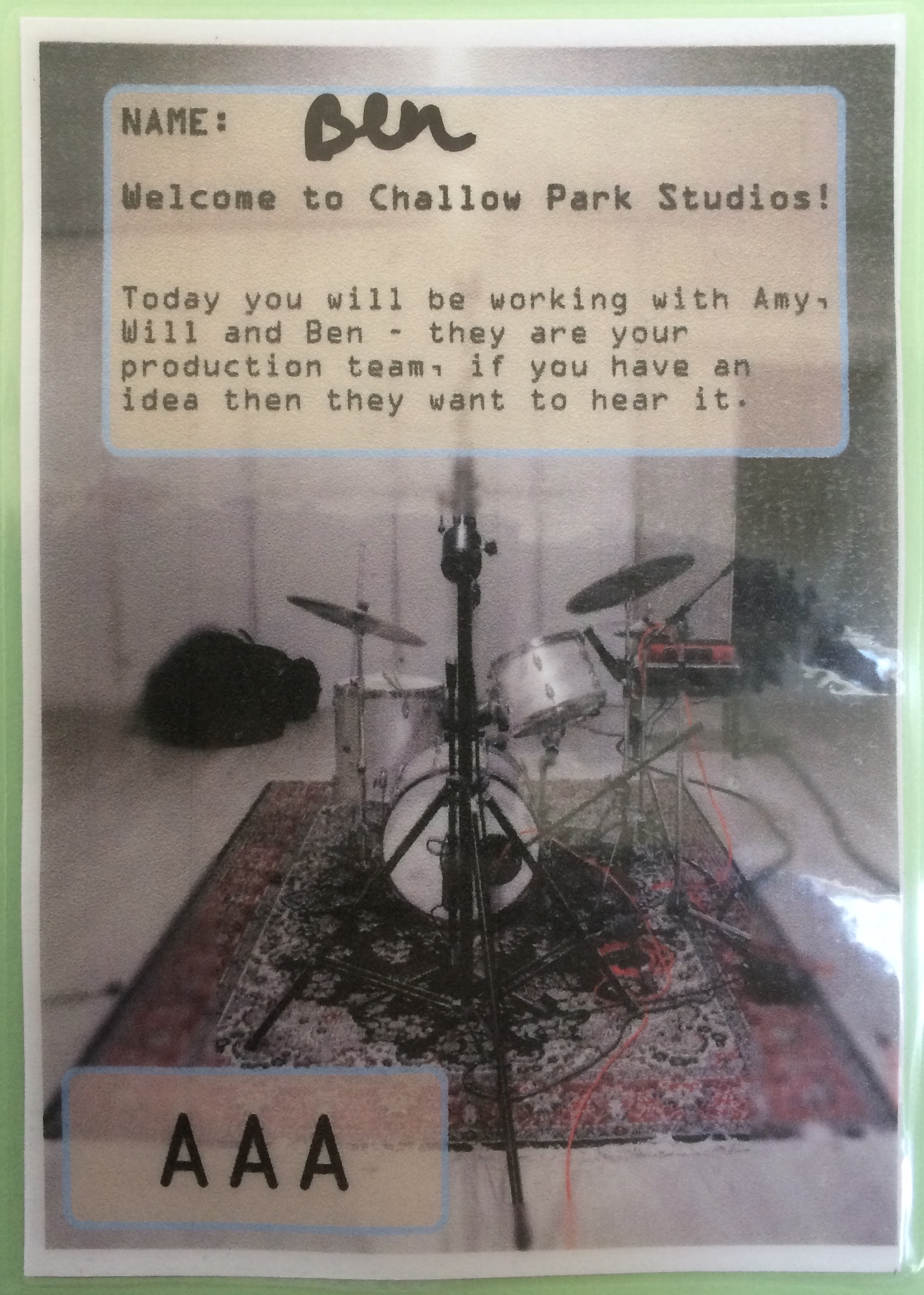 Once all the component parts had been rehearsed, the children took it in turns to go into the   recording room for Will and his production team to record a final version.   Will completed the mixing so each child now has his/her own CD of ‘It’s 3am’. The pupils had created and recorded a song in 4 hours, a feat described by Ben as an “epic achievement”.

Amy Blyth and Will Biggs launched Challow Park Studios in 2010 using the recording facilities of the original Challow Park Recital Hall built in 1996 by Graham Blyth Amy’s father.   Graham, an advocate of chamber music and professional organist, was keen to have a larger recital hall so plans were put together to replace the original hall with a bigger and better equipped one along with a new state-of-the-art recording studio.

A vast space of around 850 cubic metres the hall boasts a big acoustic sound, perfect for classical music concerts and recordings. The recording studio consists of two control rooms and two live rooms.

‘Life Choices’ is a programme of one day visits to varied businesses and organisations who are passionate about what they do to provide children with an inspirational insight into career possibilities.   The Life Choice visits are not just tours of factories and offices with power point presentations, but a day of hands-on activity and creativeness as witnessed at Challow Park Studios.